The Norwegian Nobel Committee made the announcement Friday in Oslo, saying thethree women will split the coveted award for “their nonviolent struggle for the safety of women and for women’s rights.”

END_OF_DOCUMENT_TOKEN_TO_BE_REPLACED 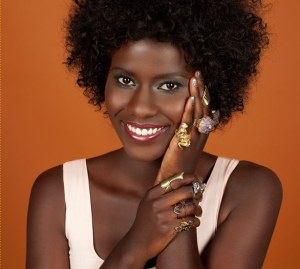 Philanthropy in Africa has become an area of increasing interest in the past 10 or more years. A key focus for interrogation is the manifestation of philanthropy in the African context – its areas of strength and weakness. Another is how to build on the traditions of philanthropy in Africa to attain stronger institutional processes that scale up localized forms of giving and ground these in principles of social justice, equality, peace and sustainable development. Africans are challenging the notion that Africa is purely a ‘donor recipient’ continent and instead are pointing to the rich traditions of giving and philanthropic practice in Africa – which in many instances have been the mainstay of entire communities.

Whilst it is known that philanthropy is an age-old practice in Africa, there is little recognition of the contributions it has made in developing and sustaining communities.  In Africa today, much of the giving takes place in familial and informal community networks responding often to immediate/ welfare concerns. Burial societies, individual support to the payment of school fees and, building of community facilities are examples of philanthropy that can be found in many variations on the continent. Religious organizing has also formed a critical avenue for much of the more formal and institutionalised mechanisms for philanthropy, with programmes driven by local actors providing a range of services including education, health services and feeding programmes.

More recently, a number of African philanthropic actors and organisations seeking to address social, economic and political inequalities and disparities have emerged. In addition there has been an increase in the number of high net worth individuals in Africa establishing their own, more formalised philanthropic initiatives and organizations. At the same time, the private and corporate sectors in Africa are increasingly developing corporate responsibility programmes. These developments have raised the visibility of philanthropy in Africa, highlighting its critical role in our societies and communities. Initiatives such as the African Grantmakers Network- a network developed by African grant makers to promote and strengthen philanthropy in Africa– are testament to the shifts in thinking and organisation on the continent. Increasingly Africans on the continent and elsewhere are seeking to make a difference as collaborative and organised donors to the kinds of change they wish to see.

This is both evident and urgent within the feminist movement. The role of women within the growing field of philanthropy in Africa- their contributions, successes and challenges – remain largely undocumented and unrecognised. Yet the establishment of organizations such as the African Women’s Development Fund and Urgent Action Fund –Africa amongst others, has concretised the central nature of African women’s participation and influence in philanthropy, especially social justice philanthropy.

END_OF_DOCUMENT_TOKEN_TO_BE_REPLACED

“The privilege of a higher education, especially outside Africa, broadened my original horizon and encouraged me to focus on the environment, women and development in order to improve the quality of life of people in my country in particular and in the African region in general.

You must not deal only with the symptoms. You have to get to the root causes by promoting environmental rehabilitation and empowering people to do things for themselves. What is done for the people without involving them cannot be sustained.”