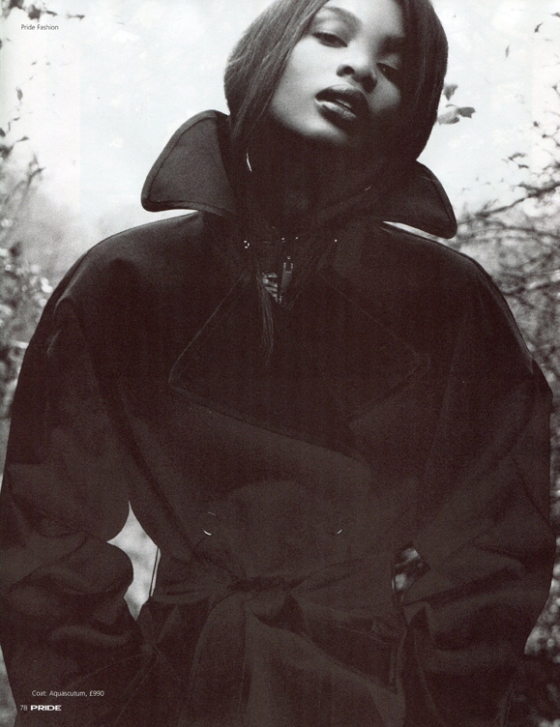 Model and Photographer Natasha Ndlovu of SnowBlackBlog speaks with BWLW about her experiences in the modeling world, her travels around the world, and her assessment of black women in the modeling industry in this edition of Black Women in the Global Village.

Where are you originally from?

I was born in Zimbabwe and at the age of 10 I moved to South Africa, where I went to school until I was 18 and moved to Canada.

What is your educational background?

I studied Visual Arts at the University of British Columbia in Vancouver, Canada. I also did a year at Ecole des Beaux-arts in Paris. I have been doing a Russian language course at University College London (UCL) as well. 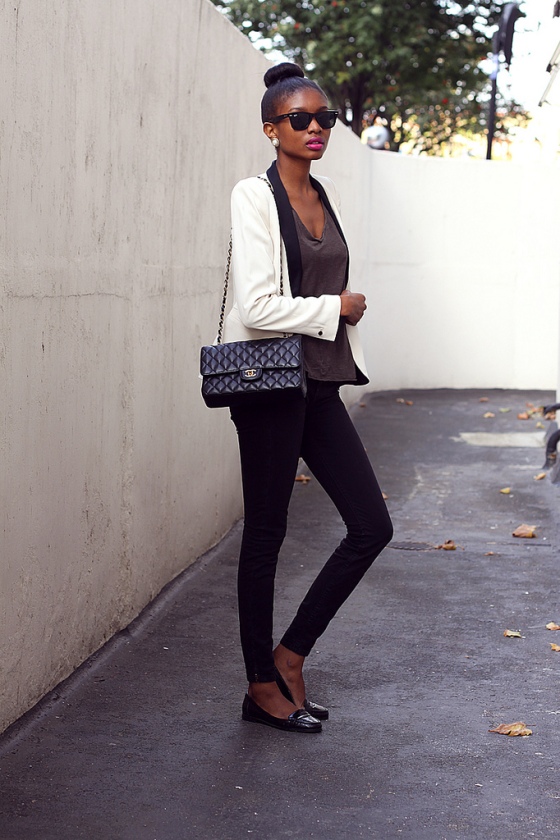 Why did you move to Canada?  What was your experience like going to school in Vancouver?

I came to Canada to study art at university. Vancouver was a complete 180 for me. First, was the huge Asian population, which thankfully is the reason why nowadays sushi is my favourite food!  The city is safer, so I got used to living in places without a wall or electric fence, which in the beginning made me paranoid about being robbed. Crime is a big issue in South Africa, so when I would call my mom and say ‘hey I just came back from running in the forest in the evening’ , she probably would have passed out on the other end of the phone. Of course it was difficult not being able to go home during all the holidays because of the distance to Johannesburg. Vancouver is one of those unique cities I have been fortunate to live in.  When I tell people I lived there they mention how much they desire to go there and how wonderful the people there are.

Describe your experience going to school in Paris.

It was challenging at first because I had to learn French very quickly because classes were taught in French. The worst part was barely a month into school I broke my ankle and had to uses crutches for 6 weeks. Let’s just say Paris is not a city build for anybody with any type of disabilities so there were days when I missed school, such as during the transportation strikes when people were either walking home, taking the rental bikes or packed like Sardines in buses. Culturally I was enriched because the French have an incredible history and their education system is such that it challenges you to think for yourself, not just read from a book and accept what’s there. But overall  living and dealing with Parisians teaches you to be one tough cookie.

Did you do anything fashion-related when you studied in France?
I did a bit of work here and there but I was there primarily for studying.  Paris was a new city for me and I was still getting used to. 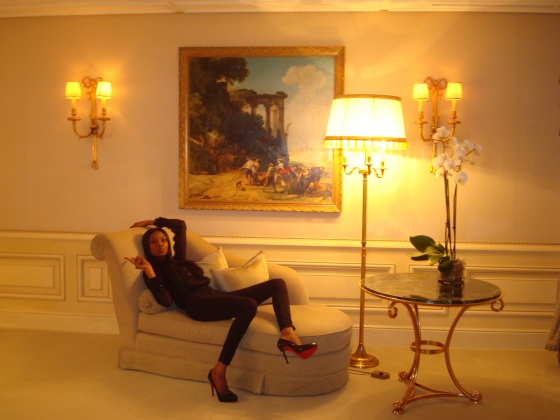 How would you compare the modeling scene in Vancouver to London?
In London there are more opportunities than in Canada. When I was in Vancouver, there was more TV work than modeling work, which I still enjoyed doing.

When did you start modeling?

I started modeling full-time in 2009 when I moved to London. Before that, I was doing odd jobs and TV stuff in Vancouver because fashion there is not a big industry. I love modeling and the opportunities that it brings like traveling, meeting people and never doing the same thing twice.

What was the reaction of your friends and family when you started modeling?

My family has always encouraged me, though always cautioning me to have a back up plan and finish my studies first, which I am glad  I did. My friends think it’s all glitz and glamour, but I tell them it’s hard work.  They are supportive and are always excited to see new pictures when I post on Facebook.

What is a typical day like when you are modeling?

You go to castings during the day, which is seeing designers and clients who look at your book. If they like your portfolio they book you for the job. You are given a call sheet with all the details and you show up to the shoot, which can sometimes be super early and in a faraway place. You spend hours shooting and then when all is done, you hop on the train and go home. If they didn’t back-comb your hair or do some crazy make-up on you, then you don’t have to plan another hour or two of removing leftover bobby pins, glitter or trying to untangle your hair. But that is all part of the job at the end of the day. 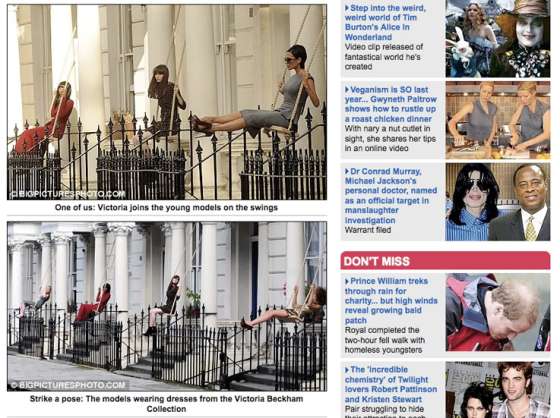 It seems expensive being a model.
I would not say that it is necessarily expensive but you have to work a lot to cover costs. Sometimes travel, accommodations, etc are taken care of by the company or brand that hires you because that is what is required. It is only when you work with another agency abroad and stay in a model apartment, whose rent is deducted from your pay, so it is important to keep working constantly to not be in debt to one’s agency.

Tell us 3 places you’ve enjoyed traveling to for work or leisure.

New York because it is a city that never sleeps and is filled with creative minds and there is a lot of shopping to do. Los Angeles has great weather and it just has a feel-good-look-good vibe to it that you don’t get in other cities. And London because I live here and I know it like the back of my hand, so when I discover something new around a street I’ve never bothered to go down, that just makes living here even more amazing.

What are your thoughts on the representation of black women in the modeling world?

I feel it the most here in London, particularly in Europe, as women of color are not mainstream here. I admire girls who work in the States because at least black culture has a significant place in America (hip-hop, Oprah, President Obama, Tyra Banks, etc) than it does here. I still feel there is not enough representation going around because as a working model, I do come across individuals who either don’t book black models or hair and makeup stylists who have never worked with a black girl, so getting your foundation right is a trial and error moment at a shoot or people ask questions about your hair when, as professionals, they should know what to do without even asking me.

I just shrug it off, put on my iPod and read a magazine. Sometimes you just have to be patient with people. It is one thing for models like Iman who had to bring their own foundation to a shoot back in the day, but in 2011 when you have to play musical chairs with other models and be the last to have your hair and makeup done, it’s a bit sad.

Is modeling your main focus at the moment?

At the moment it is my main focus. I already did my undergraduate and I am currently doing a language course at UCL. I have been doing work with galleries and auction houses like Sotheby’s as well. I have a timeline as to when I will stop modeling completely and move on to other things.

What would like to accomplish with your modeling career?

There are so many things I want to do, which is why I am sacrificing a lot of time and effort traveling to do so. I would love to do Victoria Secret, have a beauty campaign, and also do some TV work. A lot of people say, “Oh models becoming actresses.”  You would be surprised how much filming is involved in fashion as well, so when you learn to adapt to being in front of a film crew and not just the photographer, curiosity takes over and the idea of acting is tempting. If you can act, good for you, if not, then stick to your day job as they say.

What models, past or present, have inspired you?
I love Iman, Naomi Campbell and Kate Moss, as well as current models like Lara Stone, Chanel Iman, Natalia Vodianova and Natasha Poly.
What do you picture your life will be like in the next 5-10 years?

I hope in the next 5 – 10 years I will own a successful business, be married to the love of my life and have kids. I am already learning my 5th language so maybe I need to put a cap on that. But who knows, if I meet my future husband and he speaks another foreign language, I will be determined to learn it!  But right now I am focusing on the next 2 -3 years in terms of my career, earning money, buying my first house and car and giving back to the community.

What are your hopes for the image and progress of black women in the UK in next few years?

I hope to see more of us, not just in the entertainment industry, but in politics, sports and in the business sector. I hope to see more role models for young black girls and I hope one day to be one of those role models. For me, my mother is my role model and although she did not grow up doing so-called glamorous jobs like modeling and what I do, she worked hard as a single parent and does not take no for an answer from the world. 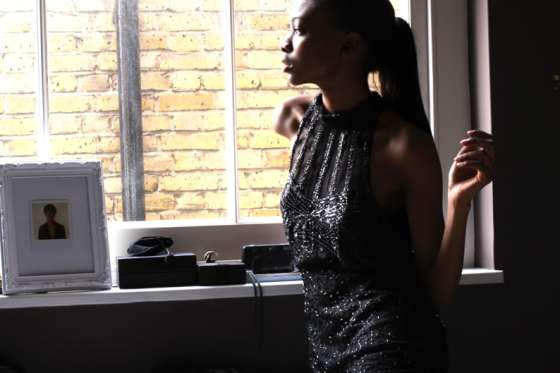 When did you start blogging?

I started in 2009 when I moved to London. I saw it was a popular medium and a great way to discover more aspects about the fashion industry, so I decided to start it and see where it would take me.

What piece of advice do you have to women, especially black women, wanting a career in the fashion industry?

Stay focused and don’t accept no for an answer. Don’t compromise who you are as an individual because you are already working twice as hard as your competitors.  You don’t want to give others a reason to cast a bad light on you.

What has this industry taught you about yourself?

It has taught me to be more independent for sure because it is a competitive industry.  As a model, there are no unions or any type of social welfare to protect you or aid you financially. You are self-employed essentially, and are your own boss so the only person responsible for you is yourself.  You have to fight for what you want because there are thousands girls competing for the same job every day.

Stay up to date on Natasha’s career by visiting her blog, SnowBlackBlog and be sure to follow her on Twitter.

6 thoughts on “Black Women in the Global Village”